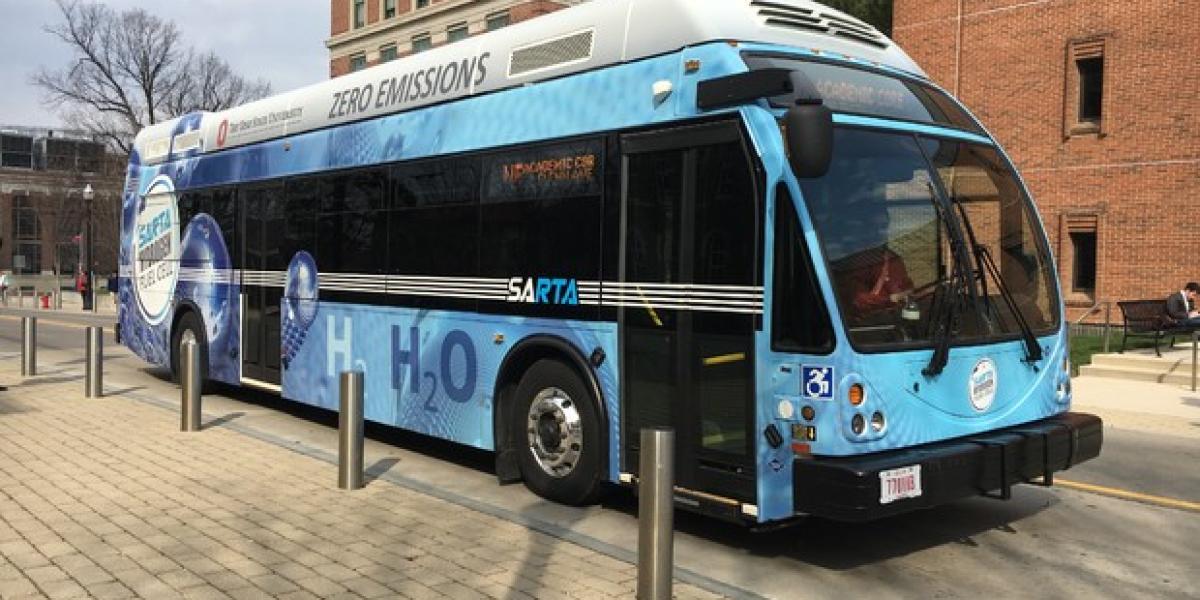 A bright blue bus is making its way around the Columbus campus of The Ohio State University. The bus is more than a way for students to get around campus; it’s a research platform that could lead to a cleaner campus of the future.

Friday was the first trip around campus for a new hydrogen fuel cell bus. It’s part of the Campus Area Bus System fleet and is on loan from the Stark Area Regional Transit Authority for one year.

Ohio State President Michael V. Drake was one of the first passengers on the bus. He joined students, campus researchers and members of SARTA on the trip.

“It’s great technology to have for buses and vehicles moving all around our cites,” Drake said. “If we can do it without pollution and noise pollution, I think that’s a great thing.”